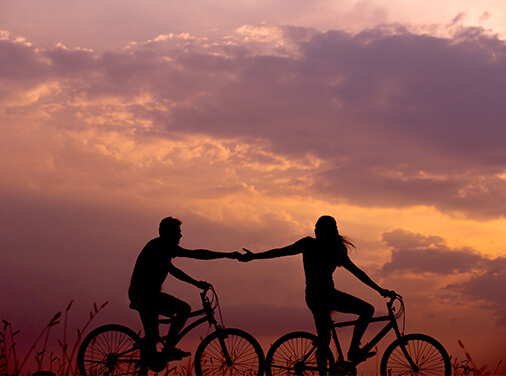 Reading time: Just over 7 minutes
Good culture is key to good health. Sound thought makes for a sound body and mind. To think and live well is to heal . . .

America is a remarkable country, and a remarkable idea: as much a spiritual promise as it is a geographical area. By this I don’t mean the evangelical exceptionalism of those who think that America or her citizens are especially chosen by God. What I mean is the promise of self-creation, the notion that in ‘America’ one has the freedom, power, and natural right to conceive of a self that one would like to be, and then to be it.

The idea of one’s self resides in one’s imagination. The various forms these selves take—the infinite variety of heroism one might imagine—furnishes the mind with innumerable possibilities. A person can imagine any self that they want to be. Even in chains, a person can dream of freeing themselves. Plato dreamt of the hero-philosopher freeing himself from the shadows of his cave. (Click to watch Orson Welles’s psychedelic 1973 adaptation of Plato’s timeless ‘allegory of the cave’)

One human agony is to have an ideal that can’t be realized. How many children cry when they learn that they don’t have what it takes to be a ballerina or play point guard for the Lakers? What of the writer with a brilliant manuscript that no one will publish because, despite excellent content, the work isn’t marketable? Does one break it to the poor soul that the odds are against them? That they are in the minority—or on the losing side? That they have failed? How long does one nurse such dreams? When does one throw in the towel? In other words, despite one’s hope, the weight of physical reality can kill one’s dream.

Is it heroic to insist on a dream?  Or foolish?

The happiest state is when one’s dream becomes real. America promises us this can happen. It’s the place where one can think of what one wants to be and become that thing. When this promise is betrayed one feels more than social anguish. One feels a spiritual wound—not merely a wound to one’s person, or race, but a wound to the soul and promise of life itself; for we, as beings of love want, by our nature, to express that love as creatively and vitally as possible by sharing, participating, defining for ourselves—and becoming—who and what we are.

So, when it looks like the land that promises to cradle such profound, fragile, and essential spiritual activity has drifted from its promise, our experience is like being betrayed by a parent, a teacher, or a friend.

The Corrective Influence of Darwin’s Origin of Species

The American relationship to science is not an ignorant one. Charles Darwin’s Origin of Species, was published on November 24, 1859, two years before the American Civil War. At the time of the Civil War, slaves were regarded by some as members of a different, lesser race. And this argument was supported by professors of science—particularly Cécil Braun Agassiz at Harvard and Samuel George Morton at the University of Pennsylvania. The views of these professors were informed by poor research, religious bias, and spotty logic.

Darwin’s theory of evolution explained how a species could adapt and develop variety in expression. In other words, his argument showed that black and white could be of the same species. When the psychologist-philosopher William James read Darwin’s book, he concluded that the authoritative claims of science as they had been presented by Agassiz and Morton were wrong. James saw that science could be used within economic, political, and ideologic contexts in the interest of power. James also saw that science could be used for ill or for good—to benefit democracy, or something else.

Dreams are born in the world of imagination as spiritual possibilities.  But when the fruit of these dreams is brought forth into the world, it’s tested against physical nature. The self that one dreams to be can meet difficulty, negation, and failure.

People want to succeed. People want their dreams to thrive. Dreams have the power to shape and guide physical reality. So, it’s painful when one’s dream seems no longer possible.

In his famous essay, “Nature,” the American philosopher Ralph Waldo Emerson describes ‘Ideas’ as “immortal, necessary uncreated natures.” Ideas, “Like a new soul,” writes Emerson, “renew the body.” In their presence, “We become physically nimble and lightsome; we tread on air . . . Whilst we behold unveiled the nature of Justice and Truth . . . We apprehend the absolute. As it were, for the first time, we exist.”

Ideas come from the mind, not the physical world. Nevertheless, Justice and Truth are meaningless to us if they stay un-realized in the world. But how does one realize spiritual Ideas in a Darwinian survival-of-the-fittest America? As a physical natural being, isn’t it our organic duty to survive? Are we above the laws of nature? Or are we primarily spiritual beings who ought to live above nature in the realm of Ideas?

There were people in Emerson’s time who looked upon ideals like Justice and Truth as causes for the American Civil War. The war’s 750,000 dead spawned deep skepticism about the effect of insisting on absolute values like Justice and Truth. One such skeptic was Supreme Court Justice, Oliver Wendell Holmes, who had served in the war, was injured in combat, and watched his friends die.

Sympathy, Prudence and All the Social Moral Qualities

In one of his first law review articles, Holmes wrote that the life struggle is mitigated, “by sympathy, prudence, and all the social moral qualities.” He goes on to say that, “All that can be expected from modern improvements is that legislation should . . . modify itself in accordance with the will of the de facto supreme power in the community, and . . .  an educated sympathy should reduce the sacrifice of minorities to a minimum.”

Holmes held the brutally realist Darwinian view that every society has winners and losers—minorities and majorities—and that the majority will determine the way of life. But he also argued that a majority should not impose such an oppressive way of life that it prevents a minority from living its life decently and unbothered.

“Man is like any other organism,” wrote Holmes, “shaping himself to his environment so wholly that after he has taken the shape if you try to change it you alter his life . . . we can’t help doing and trying to make the world into the kind of world that we think we should like; but it hardly warrants our talking about absolute truth.” And elsewhere he says, “All I mean by truth is the path I have to travel.”

The spiritual promise of America is that we ought to be able to liberally realize who we want to be, and that in realizing ourselves we shouldn’t bother others, or stop them from doing the same. And the best form of government for this peaceful cohabitation is democracy, because democracy is the most suitable form of government for assisting and supporting people to imagine, develop, and realize the best of who they are. To lose this possibility and forget this promise—in whatever domain—is a betrayal, not of a country, but of a deep spiritual principle, without which, we shall cease, as Emerson has put it, “to exist.”

It’s important to understand that the word democracy in the mouth of one person is different than in the mouth of another. A Whitman or Emerson conceives of the democratic citizen as noble, even divine. To me, this is the best America: an America in which people strive to express the best of their genius and creativity in whatever form suits their personality, talents, and gifts. And more, enjoying this activity and recognizing the innate good in it, citizens help create a society based on love, trust, and respect, guided by scientific truth, conversation, and kindness and compassion overall. At the foundation of such a society is a picture of the citizen as a kind, divine, enlightened being. This is the kind of person described by the great Zen Master Dōgen when he writes about belief:

A Picture of the Self, Worthy of Buddha

“The one who practices the Buddha’s Way, first should believe Buddha’s Way. Believing Buddha’s Way is to believe oneself who is primarily in the Way, does not have illusion and confusion, does not have upside-down value, does not increase and decrease, and does not have any fault. Like this, first make belief and clarify this sort of Way, and go on that Way. This is the foundation of studying the Way.” (from Gakudo yojinshu).

Dōgen is teaching us here that to live as a kind person—as a person of the Way—is to first view one’s self as such and then to put that self into action. Dōgen brings from his imagination a picture of the self as divine and worthy of Buddha and then puts that self into practice. It is hard to imagine a better foundation for democracy than this.

If, however, we imagine other kinds of selves—selves that want fame and profit at the expense of kindness and concern, then we will have a mercenary society. If we give in to Emerson’s dour sentence of American character and fate, accepting that “the diffidence of mankind in the soul has crept over the American mind; that men here, as elsewhere, are indisposed to innovation, and prefer antiquity, any usage, any livery productive of ease or profit, to the unproductive service of thought,” then we’ll continue to live in a state in which knowledge is solely used for material advantage—to change the form of our society with little or no regard for our culture’s quality or content.

My teacher has explained to me that, “we must change our method of breathing and find non-material sharply in the material. We should attain the ability to see sameness in the different species.”

To see the promise and potential of creativity and imagination for the best in every person, situation, and thing is Buddhism’s call. It’s also the call of any true healer, scholar, teacher, parent, or priest. It’s the call and promise of democracy. But if we turn our ears against this call, drowning it out with various distractions and images that dull our imagination, excite our delusions, lower our standards, and cause us to forget about the possibility of a Way, we will live that Way—for it’s the very Way we have chosen for ourselves, for our children, and life.

I respect peoples’ freedom to do what they like. I’d like to live with high standards for society, for my friends, and for myself. Writing this, I continue to work on cultivating temple life in North Carolina. I hope to help cultivate a culture that nourishes and supports the best of America and her citizens: the best of our minds and imaginations, the best that we can think of for ourselves. It’s hard work, but hard work is made easier, even enjoyable, with five or ten good friends. I hope one day to thrive with two or three more such souls. The invitation stands. I hope that you will imagine a self that will be one of them so that we can embark on this great work together, quietly, enjoyably, in the cradle of trust, love, and respect.

To Keep the Way

Good culture is key to good health. Sound thought makes for a sound body and mind. To think and live well is to heal. Thus, my hope for America, for you who are reading this, for myself, and for all who seek to keep the Way.