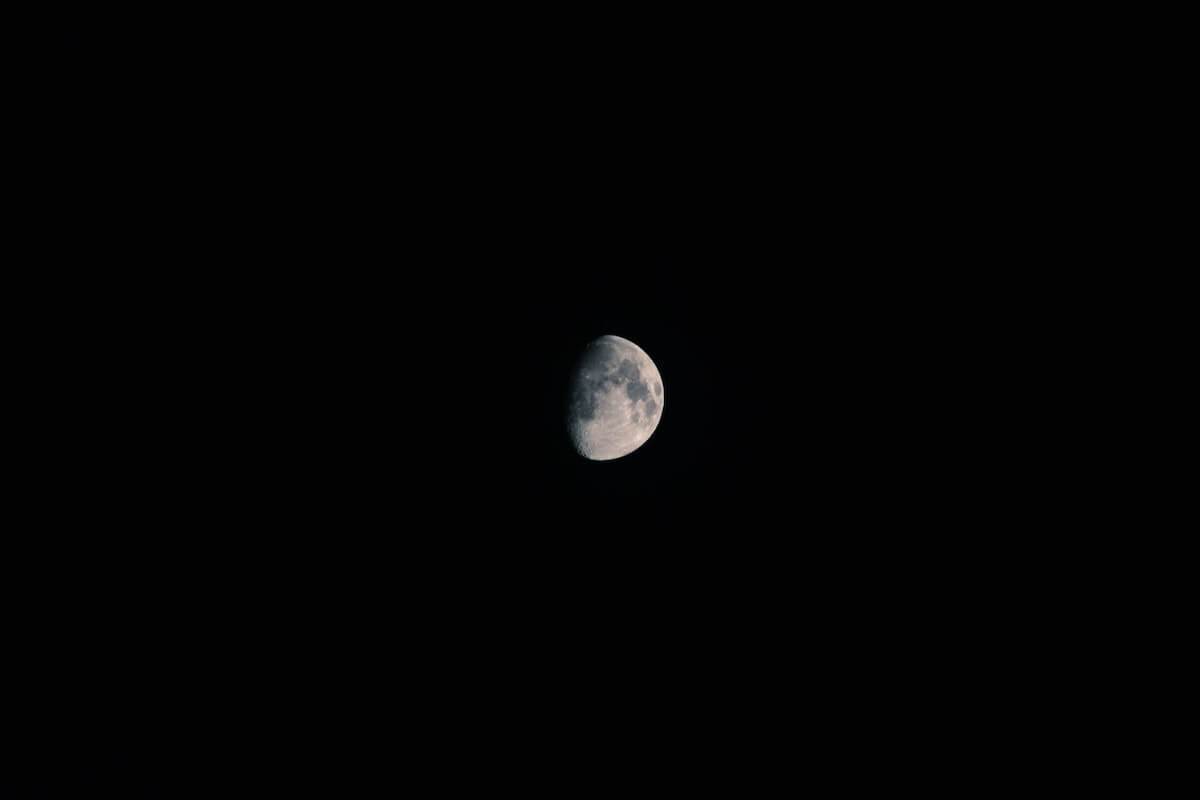 Almost a year ago movie theaters put signs on their doors to announce that they would be closed for two weeks due to Coronavirus. The two movie theaters within walking distance of where I live remain closed. Museums are open. A Goya show is up at the Met through May 2. I hope to see it.

Vaccination — A Historical Moment in Time

Last week I received my first COVID-19 vaccination shot thanks to a caring person who, unprompted by me, but concerned for my health and safety, as well as the safety of others, generously used her internet skills to schedule an appointment for me at the Javits Center.

It was a remarkable experience I’m still contemplating: the elegant ironwork, the high glass skylights, the quiet concrete hum of civilization, the friendly National Guard in their army fatigues, the greeter who was writing money mantras on sheet after sheet of paper in purple ball-point pen between checking people in.

And then the shot—the moment that had come after every medical researcher and scientist had dropped everything they were doing so that we could have it.

A deep sense of what we’ve been through this last year—and the profound disturbance of what we continue to live—affected me more than I had anticipated. I was overcome by an acute sense of history and time.

Having recently finished a writing project, I started a new one about how my first experience of reading Hesse’s Siddhartha planted a seed in my young twelve-year-old mind that would eventually blossom into my choice to become a Buddhist monk. Hesse wasn’t a Buddhist, nor was his Siddhartha. And to understand what this influence was, was to understand that I had lived for a very long time in a kind of ersatz Buddhism widely practiced by people throughout the world.

“After Life” by Joan Didion

At the heart of Buddhism is the understanding of Time. And in thinking about how I might write about this I’ve been reading widely, which led me to a remarkable essay by Joan Didion, whose husband died in front of her as she was cooking their dinner in their New York apartment. The essay, “After Life,” which she published in The New York Times Magazine is a meditation on time and you can read it here.

For those of you who know me more as a Rolfer, perhaps you’re wondering why I share such material. It’s a fair question, but one thing I’ve noticed in the many years I’ve worked as a Rolfer is the relationship between the body and mind. I was talking about this with my teacher yesterday.

The idea of mind-body health and healing is mostly considered “woo woo” in our culture, which is probably ok, especially given the way attitudes toward science and reason, in general, seem to be going these days. But I’ve experienced too many instances in which a change in one’s way of framing an experience can entirely alleviate one’s physical pain. Not always. But not never.

Anyway, literature, philosophy, and religion are supposed to help us with suffering. And I found in Didion’s essay a remarkable account of how a widow handles the wrenching loss of a partner by expanding her sense of what it means to exist as a being in time. In a kind of Buddhist way, Joan Didion suggests that understanding our relationship to time—to contemplate it—is a very good way to cultivate the spiritual resources that are in some cases the only proper, possible or workable response to pain.

For those who are interested, you can read my reflection on Didion and the spiritual nature of time below.

Synopsis: “Cool Customer” is about how we are both a subject to ourselves and an object in time. This essay is a reflection on time, change, and rebirth. It looks at how we can use art — or an artistic outlook— to maintain our spirit in the face of heavy loss.

Events like the birth of a child or the death of a loved one profoundly disrupt the fabric of ordinary life. In her essay “After Life”, Joan Didion presents facts in patterns that illustrate her pathos as she attempts to restore composure, control, and a way to make sense of her existence. The essay is a tale about her journey through grief—from brokenness to wholeness—following the death of her husband, John Gregory Dunne. Didion’s husband unexpectedly died of a heart attack on December 30, 2003, at approximately 9 o’clock in the evening as she was cooking dinner for them in their New York apartment. What emerges is a profound meditation on the nature of love, life, and literature and a statement about how the artist’s gaze heals by virtue of its ability to discern universal meaning in painful events. “After Life” is a testament to courage, creativity, insight and the power of art to preserve a human spirit, even in the face of devastating loss.

Didion utilizes point of view to portray a woman whose consciousness is shattered by grief. She starts her account by placing the reader in a limited gaze: “I have no memory of telling anyone the details”. But as the essay progresses, the gaze becomes wider, until it contains cosmic phenomena such as, “The swell of clear water”. Like a person who experiences the shocking, sudden death of a loved one, we start the journey disoriented. We do not know where we are or what is going on. The essay begins with four thoughts:

“Life changes fast.
Life changes in the instant.
You sit down to dinner and life as you know it ends.
The question of self-pity”.

These four disembodied thoughts indicate a mind that has been weakened by sorrow and shock. Didion explains that these four sentences, presented in the form of a stanza, are “the first words I wrote after it happened”. But at this stage in the narrative the “it” or “after it happened” — the central fact of her husband’s death— remains hidden. Fact by fact Didion portrays her mind as that of a detective’s, working to solve a mystery. The stanza with which she begins the essay serves two functions: it reports the fact of an action—the fact that she wrote it exhibits a thing—the collection of words she wrote in a file after her husband died.  Here, Didion shows us that writing is both a noun and a verb: a thing that’s produced as well asan action that’s performed. In the language of grief, physical things represent time, change, and the inevitability of loss.

Didion’s first step in her journey through grief is to reestablish her sense of—and connection to—the physical world. To anchor herself in the physical world, Didion appeals to facts. After the essay’s opening stanza, she exhibits two additional pieces of evidence: “The computer dating on the Microsoft Word file (‘Notes on change.doc’) reads ‘May 20, 2004, 11:11 p.m.’”, The time-stamped Word file is a product of Didion’s grief. But the Word file also marks a precise temporal coordinate in the author’s healing process, five months, “after the fact” of her husband’s death. Using facts that advance the narrative, the author makes inert objects like a Word file—and later her husband’s dead body with its chipped tooth — point beyond their physical existence to the movement of time. Thus, Didion turns facts into symbols of embodied movement. Though her husband’s dead body is technically lifeless, its placement in Didion’s narrative imbues it with life-giving presence. Regardless of the cadaver’s lack of self-consciousness, its presence and chipped tooth indicate activity and the passing of time. In this sense, Didion shows how an author’s attention works as an act of love—an act that places both herself and her deceased husband within a gaze that brings both of them into the flow of time, which is to say, together into the flow of life.

In addition to reconstructing her sense of the physical world—her sense of space—Didion shows us that it is also necessary for her to reconstruct her sense of placement in time. Her mind struggles to tell its story. One watches Didion watching her mind as it begins its journey in a state of disorder: “I wish I had instead of words and their rhythms a cutting room, equipped with an Avid, a digital editing system on which I could touch a key and collapse the sequence of time, show you simultaneously all the frames of memory that come to me now, let you pick the takes.” At this point, Didion attests to the size of her grief by the fact that she can’t put her story in order with a clear beginning, middle, and end. She doesn’t know where to start. Her mind casts about for, “the ordinary nature of everything preceding the event”. But as the story progresses, the author brings her mind into closer relationship with her body. Describing grief, she writes, “Grief has no difference. It comes in waves, paroxysms, sudden apprehensions that weaken the knees and blind the eyes and obliterate the dailiness of life”. And returning again to the physical, Didion recalls “the repeated rituals of domestic life,” that made for “the ordinary nature of everything” that had been shattered by her husband’s death, but which she seeks to restore by, “Setting the table. Lighting the candles. Building the fire. Cooking”. “These fragments,” writes Didion, “mattered to me. I believed in them”. Thus, Didion shows us how physical ritual connects one not only to the place in which one functions, but that such activities define one’s sense of self, which always appears in movement, activity, relationship, and as an identity in time.

By finding and embracing the intersection where death—as awesome as geology— intrudes upon our “intensely personal” life, and not to shirk from the intrusion, but, instead, to recognize oneself as necessarily, if only infrequently, part of an inevitable fact, we, with Didion, expand our gaze in a way that can help us recover from calamitous loss. Toward the end of the essay, Didion writes: “That I could find meaning in the intensely personal nature of my life as a wife and mother did not seem inconsistent with finding meaning in the vast indifference of geology”. In this way, facts act as anchors to the physical world and at the same time point beyond themselves to the eternal movement of time. By showing that every fact is inseparably woven into the fabric of time, including the fact of oneself, Didion shows that time is bigger than life and death because it holds them. “In the midst of life we are in death”, writes Didion. Time contains all beings. Thus, Didion points to time as an activity in which she and her husband—whether dead or alive—will always be together. And more: she allows us to see through her gaze that all that exists, and even what doesn’t, is connected by the everlasting whole of time.