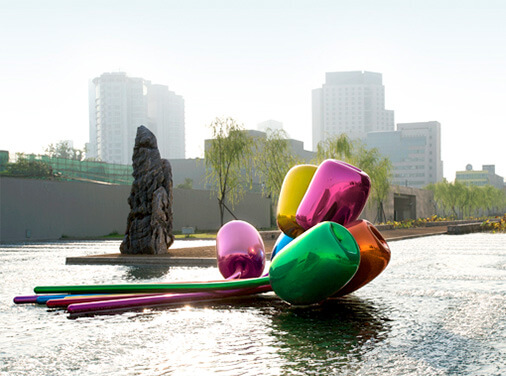 Reading time: 5 minutes
On the property of an abandoned temple in Japan there is a willow that has fallen into a shed as a result of the wind and rain of typhoons . . .

On the property of an abandoned temple in Japan there is a willow that has fallen into a shed as a result of the wind and rain of typhoons. It leans quietly against the humble structure.

The temple’s wallpaper is stained with weasel urine for having been abandoned these past three years, and for the critters who invaded the attic, but the wood of the temple is sturdy and old, from another time, constructed with 800-year-old cedar beams, all joint-fitted without glue or a single nail, or fastener. The basement is clean, cool and dry.

When I sit in the old rooms, I’m overwhelmed by the project of restoration, but the tree leans outside in the garden, deeply still, with a kind of comfort, telling me, “I have been here these many years, and I shall be here for you, too.”

A Difference of Sensibility

How different is this scene, which to the Western Mind, perhaps appears dismal and forlorn.  Buddhism doesn’t hide from death and decay. Rather, we study it, for it is all around us, equally with life and birth and thriving. The Buddhist sensibility is different than many. It’s not all cheerfulness or sorrow. It’s the full range of human emotion, and more. If we cannot see beauty in sorrow, we shall not see beauty in life.

Last week Rabbit, a stainless-steel bunny-and-carrot sculpture with a mirror finish, sold at a Christie’s auction for $91 million.  Rabbit’s creator, Jeff Koons, the American artist described in the preface to his 2014 retrospective at the Whitney Museum of American Art as one of the “defining artists of our time,” has now set the record for the highest price ever paid for a sculpture by a living artist.

But despite its high price-point, Rabbit has none of the sorrow, meaning, hope or strength brought by the fallen willow in our temple garden. Rather, Koons’s work inspires the opposite sensibility—an unabashed, shiny, Instagram aesthetic: of perfect, plastic, kitsch authenticity, with splashy colors and polished finishes trumpeting and stunning us into victory, mirrored surfaces that reflect us back to ourselves, and objects evoking eroticism to taser our tender sensations.

Last month Hyperallergic reported that Jeff Koons has decided to retire as the result of a “life-altering religious epiphany,” (though the content, religion, and nature of the epiphany remain a secret). The article also mentions that Koons is “currently embroiled in a $90 million lawsuit,” for undelivered work, and has been repeatedly found guilty of plagiarism.

The article is an April Fool’s Day joke.

Nevertheless, reading this satire, one can believe it. Jeff Koons is being sued for millions of dollars for undelivered work, and he has been found guilty of plagiarism. And I can easily see Koons pulling such a religious stunt, leaving me to wonder if any religious epiphany he might have were nothing more than another instance of what critic Rosalin Kraus refers to as Koons’s unabashed “self advertisement,” which she says she finds repulsive.

Indeed, one imagines it would be like Koons to announce his spiritual enlightenment in a press release. But what, after all, would be the nature of such a religious epiphany so announced? Even more, should such an event ever come to pass, few would be surprised if Koons returned from his enlightenment-based retirement with newly produced work about religious life, sanctifying his brand for collectors. Critic Jed Perl has written that Koons, “will do whatever it takes to win, and in our winner-take-all culture that passes for profundity.”

Fortunately, rich strains of thought within our culture provide us with healthy alternatives to what Perl dubs Koons’s “schoolyard bully” approach to art.

Art, literature, theology and philosophy are the fields of culture in which our values are formed. For example, the notion of Sensibility arose toward the end of the 17th century, ushered in by the philosophy of John Locke, after the monarch of England had been stripped of power by Parliament.

The Oxford Dictionary of Literary Terms defines Sensibility as, “An important 18th century term designating a kind of moral responsiveness that is both aesthetic and moral, showing a capacity to feel both for others’ sorrows and for beauty.” And, the Princeton Encyclopedia of Poetry and Poetics explains sensibility as “A Eur. and Am. Phenomenon beginning in the late 17th c. that emphasized passionate experience and linked materialist concepts of body and mind to a moral system based on sympathy.”

Society during the 17th and 18th centuries was moving away from a political order in which the Monarch – who was to be obeyed and paid taxes – represented God on earth. This was the time of the West’s so-called Enlightenment. And, as this old order collapsed due to the rising power of the merchant class, a new source of authority was required, as well as a new sensibility. Appealing to Nature, many Enlightenment thinkers sought to cultivate mores that promoted social cohesion, and to do this they appealed to qualities and sentiments that they posited as natural and innate to all human beings, among which was the sentiment of sympathy.

Why Sensibility is Important

According to thinkers like Jean-Jacque Rousseau and Adam Smith, society is held together by virtue of our sympathy for each other, and it is, therefore, the role of the arts and culture to produce works that develop, bring out, sustain, and nurture such sympathy as a means of social cohesion. Rousseau is very clear about this in his Letter to D’Alambert. And, indeed, this perspective seems to be regaining some popularity, as evidenced in this article on Beauty from AEON.

Sensibility, through beauty, engenders sympathy. And it’s not a large leap of thought to recognize that sympathy implies an appreciation of suffering, an appreciation that, in turn, allows us to share and understand the significance of each other’s spiritual triumphs over hardship. But a Buddhist perspective will also add that sensibility, highly cultivated, connects us to a deep awareness of a being’s—even a tree-being’s—true nature as Buddha. And for such sensibility—call it wisdom—we are able to see all that a tree is trying to offer us through the strength of its old, leaning, twisted gray wood.

Hearing the Words of Trees

Considering our present state of the arts, might we ask as Rousseau or Plato once—sort of—did: What happens when we can no longer hear or see or feel the words of trees—when we have lost such sensibility, or more—the culture, (the ability, character, and wisdom) to sustain it? What will happen to our families, our societies, and planet, when we lose sight of each other, bewildered and bedazzled as we are by chrome balloon dogs, and bright-blue balls.

In July I will be returning to Japan for about a month.

I am coming for you my willow—my companion, and my friend.