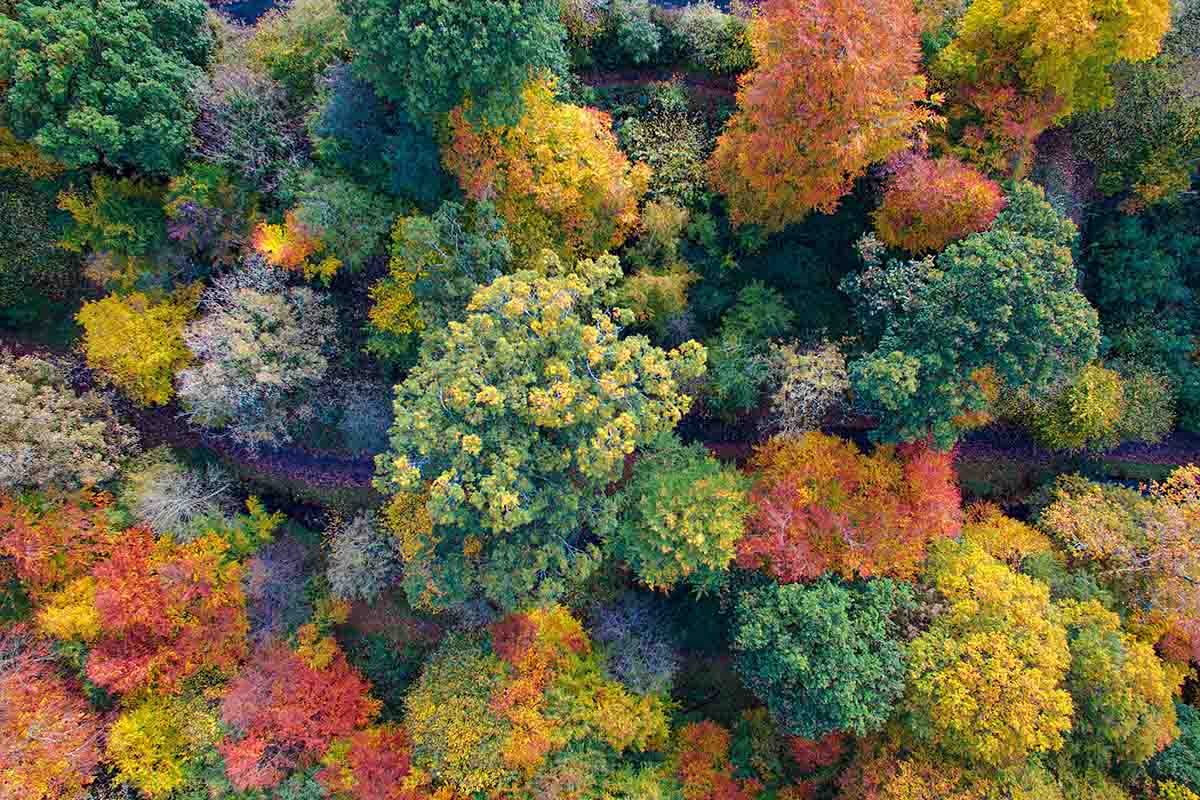 Fall is upon us. As the hurricanes pass through New York, I’m energized by the feeling of moving on and appreciating the rich experience of letting go—into a new beginning.

The last year and a half have been marked by several fierce transitions. A week before the pandemic put New York City into lockdown, my dharma sister met me at the end of my Rolfing day, as she always does. But this time she explained that the temple we were building in the mountains had been struck by a mudslide and that my teacher wanted us to fly down to North Carolina at once, so we left that night and arrived around midnight to see the wreckage the next day.

Fortunately, the main metal frame of the unfinished building remains unharmed. Some of the wooden studs have been pushed sideways by a boulder and a lot of dirt. But the damage is minimal. Shortly after consulting with a geologist to determine our path forward, COVID hit. Realizing that the repair job was too big to undertake immediately, we purchased a small house near the mudslide to use as a headquarters and to continue with our plan to have a place where the three eldest members of our small six-person community can age in peace, two of whom are in their mid-seventies, with the third in her late sixties.

This year we added a small Zen Master’s room to the new house, and we’ve begun to regroup around the mudslide. Additionally, because of the pandemic, we’ve canceled our trips to Japan both for this year and next. And lastly, in the triumvirate of NC temples—each nestled about 20 minutes away from each other in a kind of equilateral triangle—the long driveway at the master’s residence recently washed out because of tropical storm Fred. Consequently, despite four new truckloads of gravel, next summer the old dirt road will have to be paved with an expensive pour of concrete.

I don’t know anyone who’s remained unaffected by the world’s changes, from the pandemic to climate change. When I go to see my elders, I’m impressed by how relatively unaffected they are by the shifts. They continue to weed the wisteria and miscanthus, fell dead pines, plant water lilies and cedars, walk through the clean, airy mountains, and protect the azaleas. And I’m happy to be able to support—and participate—in this effort to live a human life that takes seriously the expression of spiritual ideals that yearn to put love, trust, and respect into practice with a community.

Recently, I found myself trying to relax by watching The Kings of Pastry—a documentary on the Criterion Channel about the Meillurs Ouvriers de France (M.O.F.) competition for pastry chefs held every four years. In the competition, the participants are required to construct a tall sugar sculpture with bright ribbons and candy flowers. As one of the contestants delicately placed on the showcase table the sculpture that took him hours to perfect—in an instant—the sculpture shattered. The contestant was mortified. Even the judges had tears in their eyes. And one of the more moving elements of the documentary was the way the judges (all previous winners of the highly competitive event) encouraged the broken chef to continue and complete the competition. None of them indulged his loss, rather, they encouraged his spirit, and his strength. Each of the judges and contestants felt the loss because each of them was equally committed to excellence, greatness, and beauty. True consolation lifts a person as concretely as a glass of cold lemonade on a hot July day on Capri. Meaningful kindness is infused with the respect one has for those who have met difficulty and suffered in pursuit of a universal ideal—an ideal whose achievement lifts the spirit of all.

When we compete, as we must in society, as social beings, it’s better to compete for who can love, who can create, who can serve more beautifully. Because in such a competition, everybody wins.

I’m not competing against anybody per se—but one of the ways I’ve found to manage the profound transitions — of weather, politics or whatever— the world is currently foisting upon us is to set myself in competition with great masters of Buddhism, literature, and art and strive with them to make a better world than has ever been made before—a better self, a better beauty, a better love.