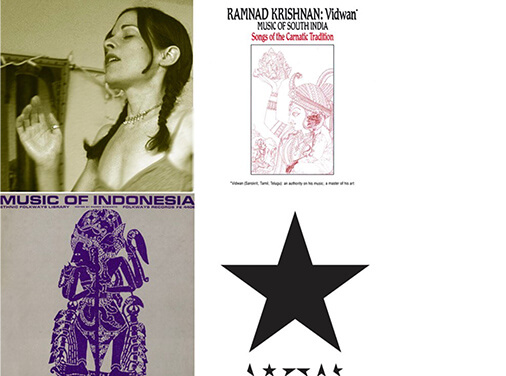 Reading Time: 4 minutes
Whether it’s the playlist we made or one we’ll put together some time in the future or the silence we share with our teachers, or the centeredness we feel while absorbed in our passion—we don’t need to fret. Closer than breath – life is with us . . . .

I have a quirky habit. Well, perhaps not a habit, exactly—but something I did once. In early 2017, about a year after I moved to New York, I put together a playlist, whose contents I’ll keep secret for now. I thought to use the playlist as a kind of diary, a record of my emotional-spiritual state, I suppose.

This particular playlist was curated in Bushwick. I lived there for about a year before I had to move. And I’ll not forget my neighbor who needed to practice his bull-whip moves on my roof at 2 am (and sometimes in his apartment with carousing friends, bros screaming, apparently having been caught by the tail of the whip as he practiced.)

Anyway—later in 2017 I moved to Hudson Square, in Lower Manhattan, where I live now, about a 20-minute walk from the Rolfing studio.

Something happens when I listen to that playlist from Bushwick—a kind of centering. Music has that kind of effect. Sometimes when I sit down to write, I put on my headphones and search for a tune and write. Not always. Sometimes I need to concentrate too much to have music going on. But sometimes the music, paradoxically, forces me to concentrate more, which ends up being a help. As if having to concentrate against the music distills my mind more than if there were no music. Rap can serve as a kind of audial mandala.

Today before writing I cast about for music to focus myself. It was difficult as I have a number of projects in the works—reemerging from COVID lockdown, reassembling our North Carolina temple plans, which were temporarily derailed due to a costly and unexpected mudslide, and just about completing a writing project. Busy times.

I don’t know why I settled on this playlist this morning. But when I did, I felt centered. Focused. Why is it that when we hear a certain piece of music, or meet a certain person, see a painting, hear a phrase of sutra or poetry, we feel gathered, as if we have become one with our life. With ourselves. For a moment we feel perfectly realized.

I feel good now. The past two months have been a lot of work. And I know they’ve been a lot of work for everybody. It’s not as though any of us are foolish enough to think that the work is over, but when meaning and action, when purpose and creativity meet, we are able to rest even while working.

In one of our recent meditation classes we spoke about the notion of savoring. ‘Savoring’ is a strange word because one thinks of eating something delicious. But savoring strikes me as a crude word for the experience of appreciating the totality of the moment in which one feels centered in one’s self.

When we savor, we’re not savoring the thing we’re ingesting; rather, we’re savoring the complete experience of a mind concentrated to the extent that its attentions are not divided or cast about. Thought is so tight that it disappears. In thought’s concentration, it disappears to itself and becomes absorbed by the object of its activity. Another word for this phenomenon is passion. And rather than to think of it as some kind of cold scientific technique, it is so much more enjoyable to think of mindfulness as passion—and passion as devotion. As love.

I don’t know why the Bushwick playlist spoke to me this morning as I sat down to gather my mind and write. But it did. Does it matter why? Or is it more important that I touched play, and kept writing to the end? To be sure, I won’t listen to the playlist all day.

A week ago I was walking with my teacher in the Nantahala National Forest (worlds away from Bushwick). He wanted to show me a secret grove of the oldest poplar trees in the world. We arrived at the grove late in the day and stood at the base of those towering 600-year-old giants, put our hands on our hips, leaned back, and looked up to the crowns.

The upper branches sprawled out in their maturity. Gnarled, twisted. It was as I imagine the mind becomes in the end days of life when we no longer have the energy to guide our mental habits but are borne away by them. Some habits have formed beautifully and express a calm, symmetrical grace. Others look more distraught.

At that time of day, shortly before dusk, soft gold light streamed through the greenery. And walking back I traced my teacher’s steps. Wholly absorbed with being — rhythmically and symbolically – with all the Buddhas, I felt as though I stood in a singular mind.  It was, indeed, a moment of perfection. Like this moment, with you.

Life is With Us

We don’t need to separate ourselves from life. Whether it’s the playlist we made in Bushwick or one we’ll put together some time in the future or the silence we share with our teacher, or the centeredness we feel while absorbed in our passion—we don’t need to fret. Closer than breath – life is with us.