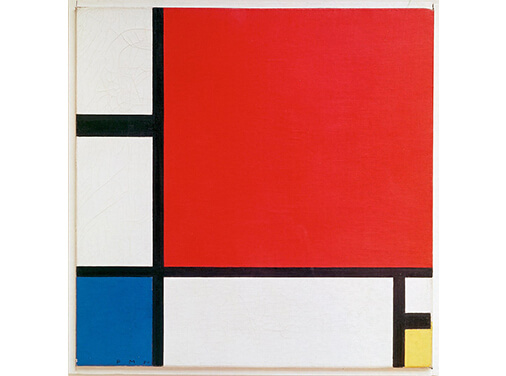 New York closed down to self-protect from the Coronavirus on March 22 — 135 days ago, about a third of one year. I’ve been here, living by the MTA’s 1-train Houston St. subway station. In that time, I’ve opened the windows and smelled fire in the air as police cars burned across the East River in Brooklyn. Last Wednesday, a remarkable tropical storm filled the air with thunder. Lightning struck One World Trade Center, which I can see through the tall windows of my apartment.

When COVID first crept in, I imagined it would have a beginning, middle, and end. I thought that the numbers would fall with physical distancing and I believed stores, gyms, and schools would open again. But I had a second thought, too. That life might not return to what it was. I couldn’t imagine what the city would look like post-COVID and I couldn’t imagine the possibility that it might never reopen. I read a lot of articles by other people who had thought about the situation more than I had, because they were paid to do so, and, therefore, had the time to consider the circumstances and lay them all out. Some of what I read was helpful. Some, not so much.

I realize that I want life to return to what it was but that it won’t. And part of me thinks this is giving up — that I should hold out for life-back-to-normal. But Buddhist wisdom teaches us that everything changes. Neither good nor bad endures forever. The COVID situation is changing. The domestic political landscape is changing. My body amidst it all is changing. My friendships, interests, knowledge, passion, and understanding — all are changing.

Even before COVID, there was a sense that the world was changing rapidly, too. More than 100 years ago, Eiffel’s tower celebrated people’s great faith in change and the notion of progress. And over the course of the ensuing century, lifespans lengthened, the worldwide poverty level went down, fewer people died of hunger and disease, and due to breakthroughs in stem-cell research, as well as 3-D printing, and nanotechnology, we’re on our way to increasing the average person’s lifespan to 130 years old. Of course, I’m not alone in feeling this progress. And some folks are privy to these advancements while others are not. One also knows that the fruit of such progress isn’t equally available to all — yet. But I think it will be. Even now many people who could not have imagined having a smartphone 10 years ago, hold one in their hand. Even though they are homeless.

Not The Great Mississippi, Not The Thames or The Seine

A friend of mine had a brother who lived by a mountain and a river in Japan but lamented that the river was not the great Mississippi, or the Thames, or the Seine. The mountain was not Everest. Eventually, this brother suffered schizophrenia. He was struck by the fact that his life was nothing special. In a way, he feared to be like so many of the anonymous people that we see in black-and-white photographs of the Spanish Flu epidemic or the American Civil War. He had a phobia of being nothing more than a random individual captured in a photo for a paper or magazine.  One might show such a photo to friends and family with some fanfare. A glow of excitement for being seen. But a hundred years later, the picture only frightens those who see it, because they think how meaningless this person’s life is to them now — how easily forgettable. This is what my friend’s brother feared. How does one tear through the curtain of nature? How does one rise up into a thing to be remembered? How does one bring something universal into life?

I was recently struck by a sentence my teacher wrote: “Powerful willingness and practice without universality has only one benefit, but a hundred harms.” In other words, if we don’t manage life so that it’s loved, trusted, or respected by others, then by default it’s a life that harms other beings. I’m not saying it’s easy to manage life in such a way — or that I’ve succeeded in doing so. Much of what I do harms the planet. The air conditioning, for example, that I’m running now, draws on energy that takes resources from people who could live for several months on what it takes for me to run it for my comfort. If I’m honest, I can’t say that my life is objectively more valuable or deserving of this advantage. But what I can do, is try to use my life so that it’s beneficial for others who also wish to be beneficial. This, of course, is a task at which I’m likely to fail. Because I cannot think of a single person in the whole of history for whose life I would give my own. Would I die on the cross to save Jesus Christ? Would I have drunk the cup of hemlock so that society could have Socrates for a little longer? Would I have taken Lincoln’s bullet? Would I eat the poison pork that killed Buddha so that he could live? I’m greedy for life. Life is greedy for life.

Parents probably feel differently. I imagine that there are parents that would die for their children. I don’t know. Perhaps this is a romantic idea. Romeo dies for Juliet, and Juliet for Romeo, but given current divorce rates such sacrifice is hard to grasp.

I don’t want to die for a thing. What’s good if I’m dead? I’d rather live for Buddha, for Buddha’s mind, or Aristotle’s Virtue, or Don Quixote’s chivalry

Moses went up to the Mountain

When Moses went up to the mountain, spoke with the burning bush, and received the 10 commandments, he came back to Aaron who had taken the peoples’ gold, burned it in a fire, and cast a Golden calf. G-d wanted to punish the people for this, but Moses asked G-d to forgive them. G-d relented. But when Moses returned to his people from the mountain and saw that they had forsaken Him to follow Aaron who had cast the Golden calf, Moses asked who was on His, G-d’s, side, and those who weren’t — about 3,000 — Moses had killed. And after that Moses asked G-d, “Those that decided to side with you, please forgive them.” But, to paraphrase, G-d said, “No. I will forget them and they will not be remembered (as you), they will be blotted ‘out of my book.’”

This is a fine piece of literature. Moses pleads for God to forgive. God forgives. Moses sees that his people have betrayed their G-d and is angered, and yet asks G-d to forgive again, but G-d does not forgive — even those who came back to His side. Rather, He vows to “visit their sin upon them.” Because “they made the calf, which Aaron made.”

The calf which Aaron made — the Golden calf — represents an idol generated by those who have forgotten G-d, the source of life — who have forgotten the great mountains and rivers that live inside us, who have given up on the human possibility. These are grumblers, complainers, critics, and cynics. Not creators.

I don’t know what comes after COVID. No one knows. All I can do is live for what I do and not give up. For me, this continues to be a temple to study life, death, and how to be a human in all this, as a Buddha. Of course, to hit that mark is ambitious. But if one lowers one’s standards for life, what happens? Have we not then settled for Aaron’s Golden calf.

When I was young like my friend’s brother I had fears of dying like so many bodies before me in a mass grave. I was in a bookstore. My head whirled with all that had come before me, with all that was here. With all the words that would come hence. I sweated. My throat tightened. Though I was young I had great anxiety that time went quickly. I asked myself: What am I living for? What do I want to say about life?

I don’t have a glib take on life — or this virus situation, or the future. But one has only so many hours in a day. Only so much time to live, to garden, to work, to write. I don’t know what the future holds, but my goal has not changed. I hope to have a temple alive at the end of this, and I hope that you, too, are able and willing to establish your own home for universal life.