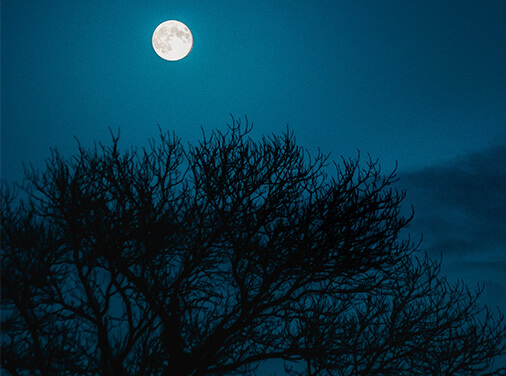 “Yes, all that might well disappear, that cultural effort which seemed to us wonderful (and I am not speaking merely of the French effort). At the rate at which we are going, there will soon not be many to feel the need of it, to understand it; not many left to notice that it is no longer understood.

One strives to strain one’s ingenuity to shelter those treasures from destruction; no shelter is safe. A bomb can do away with a museum. There is no acropolis that the flood of barbarism cannot reach, no ark that it cannot eventually sink.

One clings to wreckage.”

I have thought to write about Time.

The wise ones utilize their youth to ward off Time’s assault. They ask—what is the cause of this process? How can I beat it? Who am I? Where do I come from? Where will I go when I die? The people whose words we remember – figures like Buddha or the great sage Nanchuan, for example – devoted their lives to, and answered, these questions, leaving a record for us to consider when facing our lives.

In addition to Buddha and Nanchuan, I have read the Journals of André Gide (1869-1951)—all of them—to the end. He finishes life reading La Fontaine’s Fables and Virgil’s Aeneid (in Latin) (which I’ve read in English). And though I respected these works, before knowing they were the last works Gide read, for me, nothing had imbued them with especially mortal significance. Only after his death—and by virtue of it—did I think they must be particularly significant—as if Gide knew when he was going to die and re-read them—of all the possible works produced by humanity—to answer the questions that remained for him at the end of his life.

But I think this is the wrong way to think about these works; and that it is more correct to realize that Gide merely died as he lived: Reading. Studying. Reflecting. And that we, too, shall die as we live.

La Fontaine’s and Virgil’s works are not the summit of human wisdom. They are not the peak expression of meaning in life. They are merely the works that appeared in the last glow of Gide’s consciousness—like the last bits of a stream one might see before the moon sets behind a mountain, the last fragments of life illuminated by that moon called ‘Gide.’

Each of us with our life, occupies Time. Our individual stream of consciousness begins with our birth and disappears with our death—like the moon’s light, we cast our gaze on terrestrial sites for a relatively short while before setting into darkness.  And if we’ve lived, parts of what we see in our short journey are recorded or conveyed to others in words that reach out beyond ourselves into a larger whole, a larger community, a larger movement. Our expressions become public domain. All of us leave a mark, a trace, a vibration in the universe. Gide was aware that one’s mind leaves behind a signature, a portrait and a form of itself, and he sought to shape his life and form hoping it would help us understand and come to terms with our life, our death—and our relationship to Time.

Gide’s light set with his death and took with it its brilliant grays, its sound of the pebbles of the night’s stream rolling over themselves, tinkling in a rapid current, its soft light bejeweling as if with diamonds the dark leaves of oaks and ferns, its longing.

The moon vanishes with its light, its mood, its particular landscape, its nightscape! But a day follows. It rises—our day—populated by a thousand—ten thousand—new and active instances of color, sound, movement, shape, and light. This is the world of the living.

In our day, Gide’s light is altered.

But how do we record our evening. What hopes do we have for what our life-gaze will bring forth for the earth? For others? For our ability to articulate what we see in our gazes, to reach beyond ourselves into another’s day—to become part of the beautifully illuminated everlasting night from which we draw the strength to live.

Night is the unknown.

Night is the world beyond seeing.

Night is the world of secrecy. Of sorcery and philosophy and religion—the world of magicians and poets and saints.

But avoiding the night blinds us to day. We need to look where it’s dark, where we’re vulnerable. Pure. And say what we see there.

Moonlight is sunlight. The sun’s light is reflected to earth from a large stone. And by virtue of this light we see at night, and by this seeing we’re able to see night’s beauty and carry it with words into daylight.

Yet we unceasingly hurl ourselves into night-lessness: destroying our darkness at every turn—destroying the body of Time.

We imprison ourselves in days without night. In Time without darkness’s sounds.

Perhaps this is why people cannot rest, why we are burned out, or no longer wake up fuller and more ourselves because we have not spent some few hours not knowing, not seeing, not thinking, hearing, smelling, tasting, touching. Or we have not spent an evening under the lustrous Milky Way—with its thousands upon thousands of distant stars, making up that awesome body’s galactic tendrils, which spiral out past our sun into space that extends trillions upon trillions of miles beyond distances we cannot fathom but from which, despite our feeble capacities, light reaches from the past and touches us.

What does it mean to lose sight of such a nightly wonder? Not to see it? To forget it? To replace it with cuts of digital script on a screen.

But these screens at night are also points of light—issues of time that project us beyond ourselves into the not-yet-come-eternally-virgin future: fresh with the promise of redemption and possibility.

Or do our screens fill us with inescapable regrets: silences, carelessness, or laziness that makes for unreturned messages announcing that we’ve done something hurtful or wrong—that we have botched our handling of Time, our handling of another’s breath or attentions—that we have somehow wasted, diminished, degraded, narrowed, or besmirched someone’s access to a more fulfilling future.

Myriad are the ways we cripple, mar, and mismanage Time. How, then, to take care, to preserve and protect it—this diminishing natural resource—if not by study of night? If not by our thorough study of Time?

To study Time—don’t meditate. Don’t sit dumbly like a stone.

Rather, polish your life. Study your mind with language. Recognize and appreciate and celebrate the triumphs of others – a masterpiece by Turgenev, or Chekhov, by Buddha, Dōgen, or Gide—or any of those from whom you draw inspiration to live.

Read. Reach out beyond yourself. Read Robert Grudin’s book, for example: Time and the Art of Living.

The Stuff of Meaningful Friendship

Intellectual activity is the stuff of meaningful friendship. The purpose of freedom. The substance of functional democracy. Don’t be the sorrowful Shakespearean King who proclaimed, “I wasted time and now doth time waste me.” Go fishing. Plan a picnic. Surf. Play a game of chess with a friend.

Attending to the Good means attending to Time. And in doing so we heal the body and mind. And if we don’t, what we suffer is assuaged by its having a meaning.

Study religion, study culture and life, study Time itself and engage in that study with friends. This is the way of all who’ve ever understood and made the most of Time. It is the way to protect the cultural efforts which in turn protect us. We harvest our souls for the Good, and in turn, the Good nourishes our souls and the souls of those sure to come after us.

Study your life, study the Good, and live that life, that Good, in Time.