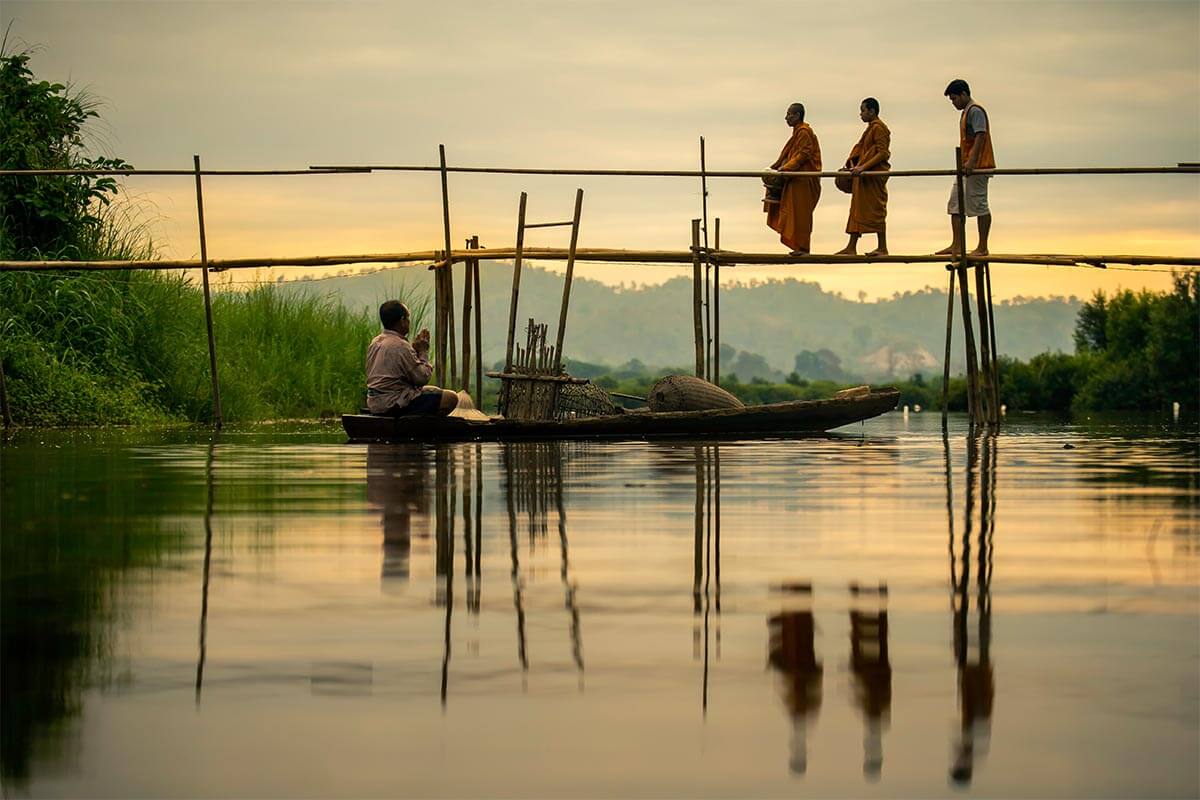 Last week I returned from a weeklong retreat with my teacher and the four other colleagues who form our small community of aspirants. Returning to New York from a Buddhist retreat is difficult because I go from focusing on Buddha’s Mind to focusing on making money.

Smart-aleck pseudo-seekers will quibble that it’s possible to manifest Buddha’s mind while focusing on making money, but Buddha never thought about making money. He never engaged in the mercenary world. In ancient—and not so ancient times—monks didn’t work for money.

At the monastery where I lived full-time and trained for six-and-a-half years before I was asked to start a temple in San Francisco, the year was divided into 90-day formal training periods called seichu, when we trained with the master and weren’t allowed to speak, and 90-day informal training periods called seikan, when we were allowed to speak (in order to assess the results of our training). Seichu took place in the winter and summer. And seikan, the digesting times, took place during the spring and fall.

Materially, a monk’s life is much simpler than a layperson’s. Because a monk is devoted to realizing and practicing the Way of all Buddhas: to do no evil, to do all good, and to be beneficial to others. This is the singular concern of Buddhist religious life.

Monks’ dental bills are paid for. And they don’t have to pay for transportation, food, medical insurance, or rent. In my case, and in the case of my brother and sister nuns and monks, living expenses were paid for by people who worked.

In return, we were expected to attain enlightenment and help others do the same—to be able to console, for example, as the morning sun, those who endure great suffering, such as young girls destined to become prostitutes by their culture and the economic systems in which they live so that they can send their younger brothers and sisters to school. In my own case, I remember coming up short when a friend of mine who, dying of AIDS in the 1980s asked me to say something original. My failure to do so on the spot wasn’t a small part of my motivation to devote my life to Zen Buddhism. Unfortunately, not even one of us at the monastery where I trained—including many men and women who studied for more than 30 and 40 years—got enlightenment before the master died. Therefore, we all owe a kind of debt to the people who supported our temple.

Before my master passed away (at 107), he encouraged me to continue my study with his colleague, who is also from Japan and who now lives in the mountains of North Carolina.

I did this. (And continue to do it.) But this time I’m the practitioner as well as the layperson who supports the practice. If I could, I would spend all my time in the mountains. But my responsibility to support the other five members of our community and the four poor temples where we practice keeps me working.

My wish is to be able to graduate from this half-and-half-situation so that I can train again full-time. But there is an odd perfection to my situation.

It’s not correct to be supported as a monk if one isn’t enlightened. And it’s even more incorrect for a person to pretend that they’re enlightened to be supported. But even more, it’s wrong to pursue enlightenment—as I’ve seen so many people do—to avoid having to pay your way through the world.

At some level, we all want to be taken care of, whether by our partner, our children, our parents, friends, or even God. But the activity of giving or receiving money or care is fraught with complications. Some people like to receive without having—or knowing how—to receive.

Others like to give without having—or knowing how—to give. For example, in the case of money, one doesn’t usually give at the expense of one’s comfort or convenience. And why should they? Because from the other side of this troubled equation one rarely receives money—or anything of value—with a true or deep enough appreciation for the effort, cost, meaning, or sacrifice that’s been made to provide the gift that’s been given.

What is difficult about the world is not working, per se, which is rather pleasant. The difficulty lies in the misunderstanding that we give and receive as so-and-so or such-and-such a person. In short—that we live and die as isolated selves. And what makes this situation difficult is that both giving and receiving—both living and dying— as this isolated self hardens us and separates us from others, and causes suffering and war.

One of the reasons we practice spirituality is because it’s more fun to go through difficulty for a noble cause with others than it is to suffer for a meaningless cause alone. The important element in giving and receiving is to understand the whole activity of donation as the singular activity of Buddha’s Mind. This means that the giver must give as Buddha, and that the receiver must receive as Buddha. Buddha gives to Buddha and Buddha receives from Buddha. Thus, there is no giver and no receiver. Only Buddha.

When people see me for life coaching or Rolfing my hope is always to take away any obstacles that keep them from living their best possible lives. Mostly those obstacles involve pain, discomfort, or confusion that—for one reason or another—make it difficult for someone to help others.

So, I’m always happy to work with the people who come to see me because I know that helping them, I’m helping them to be able to renew their bodies and minds to help others.

I’m lucky to have a means of supporting my spiritual practice that shares the world’s wish to be beneficial. On the other hand, I’m cursed because to work for money with the wish and heart to realize Buddha’s mind for the world is—as a great master has put it—not unlike standing in acid that eats away at one’s legs.

Only by working together, coordinating, and cooperating to utilize the best of each of us with sincerity and passion—like the radishes that grow in the region of Jenjou—do we have a chance to thrive in enlightenment. In this way, in the dynamic, cooperative activity of dana (the deep joy of charity), temple life and life in the world are the same. And for the world to live in the calm peace of enlightened life our thinking must be so.